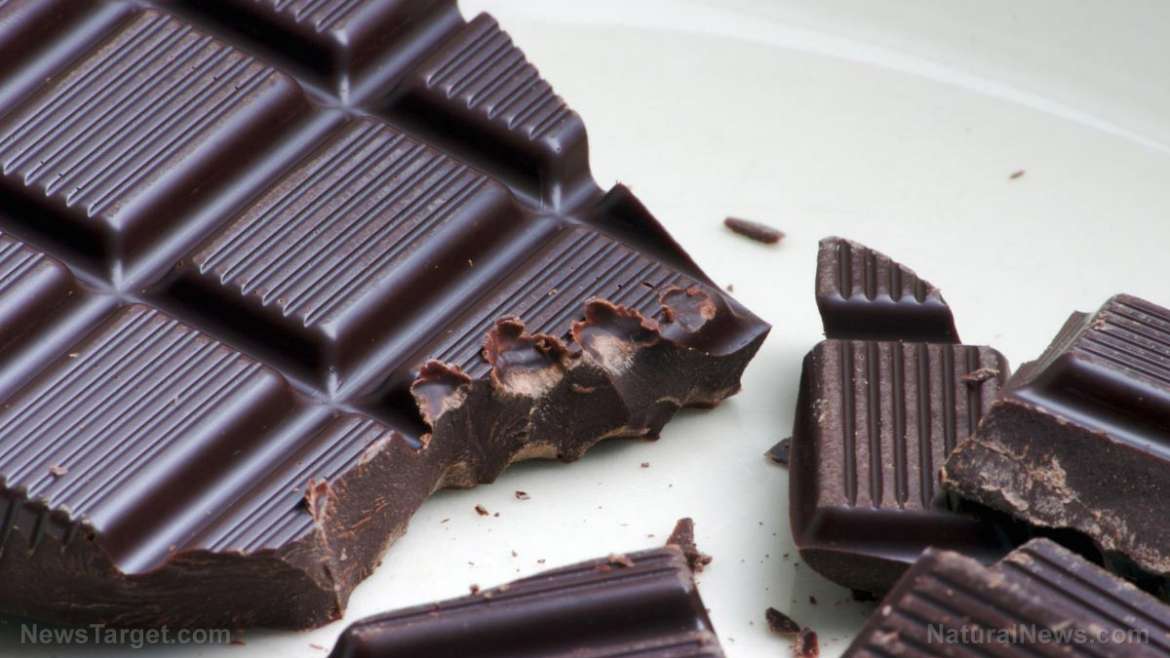 Let your sweet tooth rejoice: Eating dark chocolate is good for your cardiovascular health, says a recent study in the journal Nutrition. The research, a collaboration between the Polytechnic Institute of Coimbra (IPC) in Portugal and the University of Gothenburg in Sweden, revealed that just a few squares of dark chocolate – in particular, those with 90 percent cocoa content – can greatly improve blood pressure and reduce the risk of cardiovascular disease (CVD).

The researchers found that while eating chocolate improved their blood pressure, those who ate chocolate with a higher cocoa content had more dramatic results. After a month, those in the high cocoa group showed an average reduction of 3.5 millimeters of mercury (mmHg) and 2.3 mmHg of systolic and diastolic blood pressure, respectively. In comparison, those in the low cocoa group only had an average reduction of 2.4 and 1.7 mmHg, respectively.

The team concluded that eating small amounts of dark chocolate can benefit a person’s cardiovascular system, no matter the age. However, lead author Dr. Telmo Pereira, a senior lecturer at IPC, explained that while the findings provide a positive correlation between chocolate and cardiovascular biomarkers, how these affect other factors in a healthy lifestyle is an aspect that warrants more research.

“The extent to which cocoa may interact with other healthy lifestyle strategies remains to be explored, and further research is needed to clarify the underlying mechanisms and to define optimal amounts of regular cocoa-rich dark chocolate intake,” he added. (Related: Dark chocolate shown to protect against heart attack and stroke in at-risk individuals.)

This isn’t the first study to explore the health benefits of chocolate. A study published in Heart gathered data from 21,000 residents from the EPIC-Norfolk analysis and took note of their eating habits. The researchers observed a “cumulative evidence” between chocolate intake and the risk of cardiovascular disease.

So, what makes chocolate good for the heart? The answer lies with substances known as flavanols.

The flavor of flavanols

Flavanols are plant-based compounds that offer a lot of health benefits. Studies have shown a direct link between eating flavanol-rich foods and overall human health – especially the heart. Many of the foods that you eat contain flavanols: Epicatechin and catechin, for instance, are present in cocoa and tea. Researchers have also explored flavanols for their antioxidant, anti-inflammatory, and anti-tumor properties.

Not all types of chocolate have flavanols. Aside from providing chocolate its health benefits, flavanols are what gives chocolate its bitter taste. Unfortunately, many of the chocolates that are commercially available are stripped of flavanols in favor of a more mellow taste.

So, the next time you are craving chocolate, grab a few squares of dark chocolate – your heart will thank you for it.